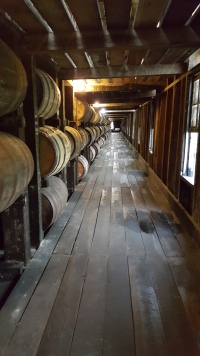 Driving down the Kentucky Bourbon Trail, you’ll discover many things beyond tasting good whiskey. First, that it’s not really a trail, but a smattering of distilleries located in and around Louisville and Lexington, and second, that every distillery making “bourbon” follows the same basic recipe required by U.S. law. 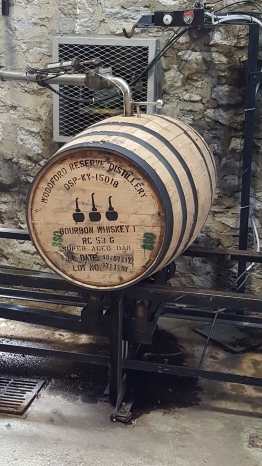 Unexpectantly, you’ll find a wide variety of flavors both in the drinks and the distilleries themselves. 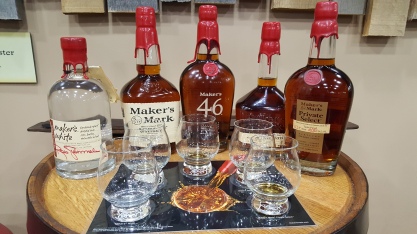 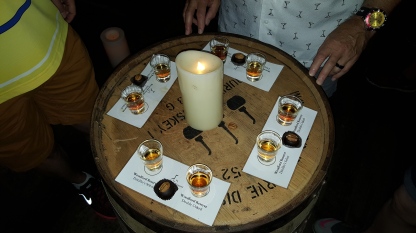 When it comes to the whiskey, I’ll let you be the judge of what you like and don’t like. Try as many of the distilleries as you can, follow your guides’ tasting advice, and don’t be afraid to try new things. Judy was our Designated Driver – she generally doesn’t like Bourbon – but she was a trooper and tried some of them, even finding one or two she liked. I reveled in the new and different flavors, all derived from the grains used in the mash and the wood of the charred oak barrels. I became a bourbon drinker several years ago, when a former boss – a retired Air Force two-star general – pretty much insisted I join him at the bar when we were on business travel and introduced me to Maker’s Mark and a few others. 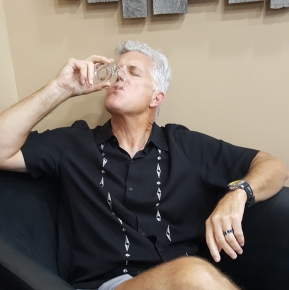 I became hooked. Judy and I now keep a small collection of fine bourbons, scotches, and Irish whiskeys in our library’s globe bar. There’s something uniquely relaxing about reading a good book with a dram of amber, 90-proof liquid rolling around your tongue and palate. 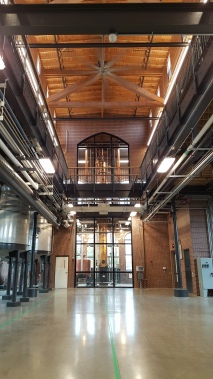 I also reveled in the wide variety of architectural styles. From the classic “down in the holler” buildings of Maker’s Mark, Woodford Reserve and Buffalo Trace (not on the tour but worth a stop) built in the 1800s with their worn and aging cypress fermenters, to the modern and spotless glass and stainless-steel Town Branch facility, to the gleaming polished copper, brick and wood Angel’s Envy distillery built inside a former manufacturing plant in downtown Louisville…architectural personalities young and old were featured. Even the retail “experiences” of Evan Williams and Jim Beam featured architectural styles that put their products and personalities in best light. 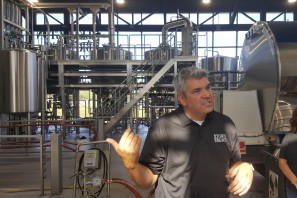 Each of our guides also brought their own unique personalities to the tours and tastings. Nicholas at Town Branch was, by far, the funniest and most entertaining, but the booming voice of classically trained actor Jimmy James Hamblin at Angel’s Envy earned him a nomination for Louisville’s Recognition of Service Excellence (ROSE) Awards this year…and our utmost respect and admiration. 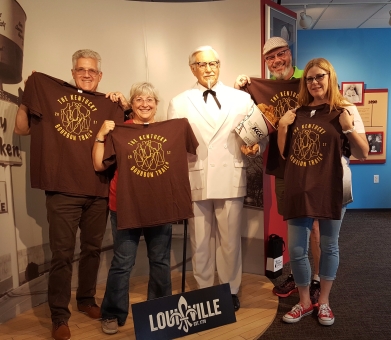 But unvarying among all our guides and the people we met along the way were the warm Kentucky welcomes we received and felt, making our Kentucky Bourbon Trail experience one of our favorite diversions so far.

There’s a whole world out there waiting to be explored. Go see it!

1 thought on “Diversion – Of Whiskey, Wood and Warm Welcomes”